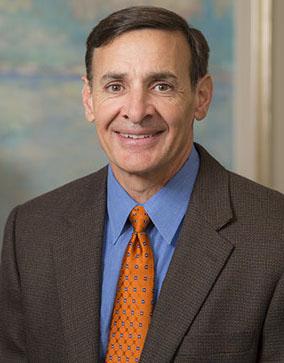 Prior to joining the Breast Center, Dr. Ordoyne served as the Louisiana Inpatient Medical Director for United Healthcare. Previously, he practiced at Ochsner Clinic and Northlake Surgical Associates for 18 years.

Board certified in surgery, Dr. Ordoyne has over 20 years experience in surgical oncology. He specializes in breast cancer care and served an appointment as the Cancer Liaison Physician, Commission of Cancer for the American College of Surgeons.

Dr. Ordoyne received his medical degree from Louisiana State University School of Medicine. Following a General Surgery Internship at the Alton Ochsner Medical Foundation, Dr. Ordoyne continued his residency at Ochsner, where he served as the Administrative Chief of Surgery Resident. He then completed a Fellowship in Surgical Oncology at the University of Illinois in Chicago. Dr. Ordoyne is a fellow of the American College of Surgeons and he has published numerous articles dedicated to the advancement of cancer treatment.